Although the RANS approach has achieved wide-spread success in engineering design, some applications call for LES, e.g., flow at high-angles of attack. The spatial filtering of a non-linear PDE results in a SGS term, which needs to be modeled based on the resolved field. The earliest SGS model was the Smagorinsky model, which relates the SGS stress with the rate-of-strain tensor. The purpose of the SGS model is to dissipate energy at a rate that is physically correct. Later an improved version called the dynamic Smagorinsky model was developed by Germano et al, and demonstrated much better results.

In CFD, physics and numerics are often intertwined very tightly, and one may draw erroneous conclusions if not careful. Personally, I believe the debate regarding SGS models can offer some valuable lessons regarding physics vs numerics.

It is well known that a central finite difference scheme does not contain numerical dissipation.  However, time integration can introduce dissipation. For example, a 2nd order central difference scheme is linearly stable with the SSP RK3 scheme (subject to a CFL condition), and does contain numerical dissipation. When this scheme is used to perform a LES, the simulation will blow up without a SGS model because of a lack of dissipation for eddies at high wave numbers. It is easy to conclude that the successful LES is because the SGS stress is properly modeled. A recent study with the Burger's equation strongly disputes this conclusion. It was shown that the SGS stress from the Smargorinsky model does not correlate well with the physical SGS stress. Therefore, the role of the SGS model, in the above scenario, was to stabilize the simulation by adding numerical dissipation.

For numerical methods which have natural dissipation at high-wave numbers, such as the DG, SD or FR/CPR methods, or methods with spatial filtering, the SGS model can damage the solution quality because this extra dissipation is not needed for stability. For such methods, there have been overwhelming evidence in the literature to support the use of implicit LES (ILES), where the SGS stress simply vanishes. In effect, the numerical dissipation in these methods serves as the SGS model. Personally, I would prefer to call such simulations coarse DNS, i.e., DNS on coarse meshes which do not resolve all scales.

I understand this topic may be controversial. Please do leave a comment if you agree or disagree. I want to emphasize that I support physics-based SGS models.
Posted by ZJ at 3:50 PM 7 comments: 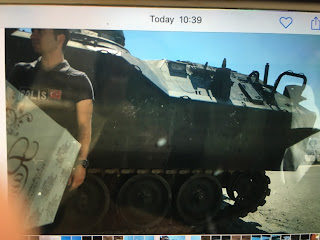 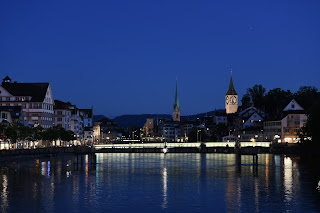 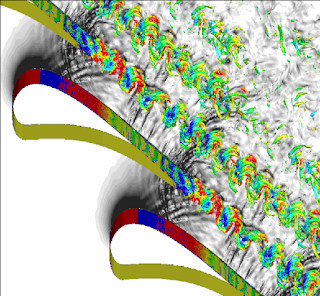